The Death of Two Iconoclasts in Astronomy 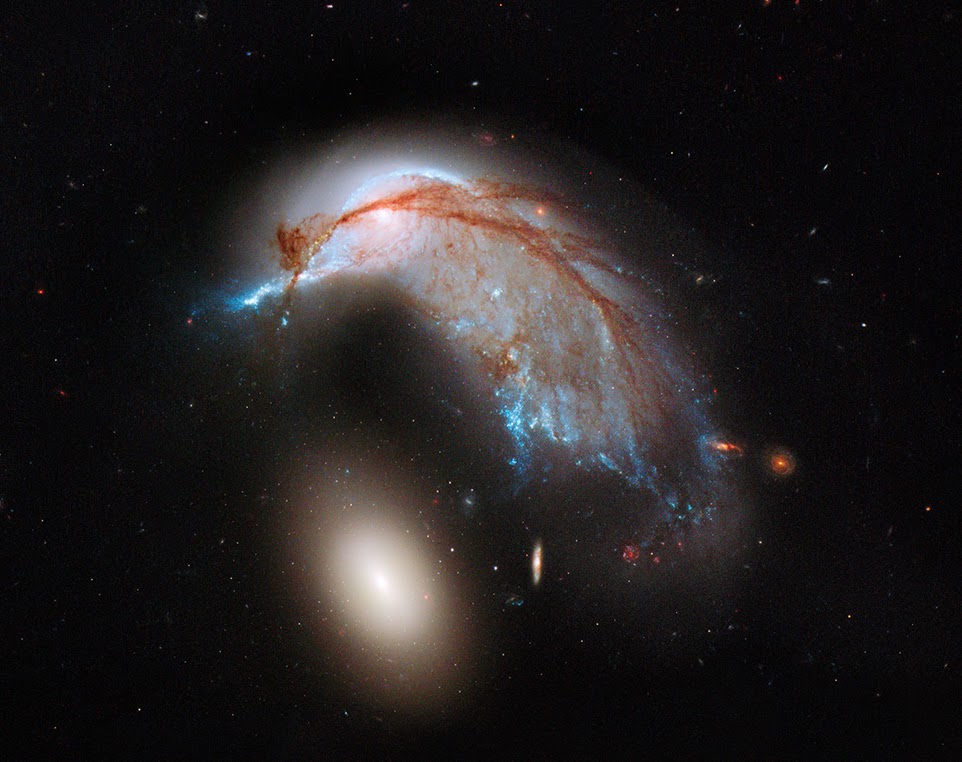 This past week brought us news of the death of two very different members of the astronomical community who became known for thinking far “outside the box” – astronomer Halton “Chip” Arp and amateur astronomer and telescope designer John Dobson.  I got to know both of them through my work with the Astronomical Society of the Pacific (ASP.)

Chip Arp, trained at Harvard and Caltech, was an astronomer at the Hale Observatories who specialized in the study of the great islands of stars we call galaxies.   He was particularly interested in those galaxies that had an unusual appearance or characteristics, and, in 1966, he put together a collection of images of over 300 of these, which he called his “Atlas of Peculiar Galaxies.”  At the time, they seemed mysterious, but today we understand that many of them look odd because two or more galaxies have collided or passed too close (or are in the process of doing so).  Such collisions are now known to be far more common among galaxies than astronomers first thought.

Alas, at one point in his research, Arp decided that the way we measure distances to galaxies (Hubble’s rule that the faster the galaxy is moving away from us, the farther it is from us) was not always correct.  He thought he saw several pairs of galaxies that were moving at different speeds, and thus should be separated by vast distances, but seemed on his photos to be physically connected – a contradiction.  Eventually, he decided that these connections challenged the notion that our universe is expanding smoothly from a “big bang” beginning.  When other astronomers investigated his best cases with better instruments, he turned out to be wrong -- many of his “connections” were really just chance alignments of different objects on early photographs.

As few other astronomers joined him in his ultimately quixotic attempt to undercut the big bang idea, he slowly became embittered and felt persecuted.   But I knew him back when he was Vice-President and then President of the ASP from 1979 to 1983 (and I was the Society’s Executive Director).  Having been a champion fencer and a bon vivant, he cut a dramatic figure, arguing with genially with Board member Allan Sandage, charming our donors and members, and still full of energy in fighting the “establishment.”   Although he turned out to be wrong, Arp was a useful figure in making astronomers re-measure and re-check their assumptions about galaxies and the universe.  Science always needs a few well-trained “trouble-makers” and “dissenters” to keep us from taking our “party-line” views for granted.

John Dobson, on the other hand, was mostly self-taught in astronomy, but invented a new way of building amateur telescopes that helped make astronomy as a hobby more accessible.  Today, many serious amateur astronomers build or buy telescopes with “Dobsonian mounts.”   (His original inspiration, developed while being trained as a monk in a Vedanta Monastery, was to find a way to build telescopes cheaply for those who could not afford them.  His first mirrors were made from the glass of discarded ship portholes.)

After he left the Monastery, he founded the San Francisco Sidewalk Astronomers, whose mission was to show the public the night sky by bringing telescopes to the streets.  The sidewalk astronomy movement spread to other cities, and has influenced many amateur astronomy clubs to hold public events in settings where there may be more light, but there are also significant crowds of people who have never looked through a telescope.

Unfortunately, along the way, Dobson decided that both Einstein’s and Hubble’s work was wrong and that our modern view of the universe was fatally flawed.  Instead of restricting his dynamic lectures and workshops to helping amateurs and the public appreciate astronomy (a subject where he excelled), he could not resist offering seminars on abstract issues in the science of the universe (where he had no particular expertise.)   I remember one meeting of the ASP, where noted astronomer Margaret Burbidge sat for a long time with John Dobson, patiently explaining to him where his views collided with known facts about the universe – but no avail.   I too tried in a small way to help him understand the power of Einstein’s theories, but he was by then too enmeshed in his own views to see clearly.

Still, we can celebrate that many, many thousands of people owe their exposure to astronomy to Dobson’s enthusiasm, and that there are several generations of California amateur astronomers who were inspired and helped by Dobson’s unfailing enthusiasm for sharing the sky.  They continue to do “sidewalk astronomy” and to make new friends for our science.

The illustration above shows entry number 142 in Arp’s catalog, seen not in black and white, but with the full power of the Hubble Space Telescope.   The two colliding galaxies have influenced each other’s structure (and just happen right now to resemble a penguin standing guard over an egg.)  For more, see the short video at: http://www.spacetelescope.org/videos/heic1311a/

Below is a snapshot I took of Chip Arp during his time as ASP President.